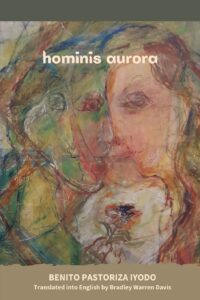 Hominis Aurora is a collection of poems in three parts (sacred numerology of the beginning, evolution and end or the triangle as exemplification of the birth of knowledge) manifested in the metaphoric subtitles of Tempus, Ritualis and Communitas. The book embarks on a journey toward the telluric and the mystical, specifically within the transition between the prehistoric eras known as the Paleolithic and Neolithic periods. This time initiates the beginning of everything: the creation of language, the aura of thought, poetry in its ethereal stage, ferocious individualism, the formation of social groups, the beginning of human mythology, artistic expression, bellicose conflicts, the emergence of agriculture, immigration, man vs. nature, the seeds of ingenuity, and man facing his own existential reality and that of all others. Since no written history exists from which to construct that poetic world of human genesis, one must rely on investigation of the disciplines of archeology, fine arts and anthropology, These disciplines, especially art, were crucial in the elaboration of the book; which, to a great extent, is a love letter to the fine arts, as stated in the epigraph of the English poet William Wordsworth.

This free program will be held on Zoom Webinar on October 27th at 6PM CST.

Recording not available at speakers’ request.